Our Green Target Group incorporated in 2007 which actively over 8 year in property industry. Our founder is Datuk Tan Hong Lai and co- founder is Dato Amir. He leads the group to embarked a whole new luxurious landed residential development with full of resort living inspiration concept implemented on seksyen U10 Shah Alam that deserves a gross development value (GDV) of solely 300 million which completion year on 2014. Other than that, authorised party has transformed the landscape of the entire neighborhood objectively elevated expectations of discerning buyers and upgrade the level toward new subsequent developments in the surrounding area. Regarding of this project, it entitled to gained two prestigious international awards due to its interior layout and design. Followed by the success of the first project, the Group started to diversified its operation ventured into 228 SMART industrial series; recognise as a functional all-in-one corporate industrial factory development located in Semenyih deserves a total GDV of RM137 million encompassing of 18 acres and over land. Its acquire benefit of strategic location which surrounded by upcoming industrial hub. It is remarkably known as the noteworthy development, evolving and conquering the heartbeat in the area. In addition, it also accredited with an international award. Toward to the journey of success, the Group crafted its third exciting landmark mixed integrated development to the tune of RM6 billion worth in GDV and exist of Mesahill in Nilai and is the Group’s bold behemoth project. It pioneering the first international award winning lifestyle shopping mall in the vicinity. Once again, the transformation motive to enhance the landscape structure and inciting excitement into the livelihood in Nilai. Our 1st lifestyle mall will be going to grand opening by next year. Next step onward will focus on construction of phase 4 and hotel. The visionary direction and carved path along the track record, the Group proceed to duplicate its flair here in Raub for prior another exciting development that heading to lift the lifestyle and landscape. The 87 acres of freehold land are determine the time to relieves the rich values of honor and family heritage aiming to incorporating KL lifestyle concept to Raub. Currently selling 22'x 75' Double storey for phase 1A. Last but not least, proud to introduce to you regarding our latest project Innocity which place at Pengerang site. This is massive mixed residential development ever in Pengerang which 500 acres freehold land. Green Target Group launched the registration for 462 units of the Rumah Mampu Milik Johor Program and the first phase of Innocity township in a Ground Breaking Ceremony on Thursday 14 July 2016. The festive ceremony took place at the site located in Bandar Kledang, Kota Tinggi in Johor and was officiated by the Menteri Besar of Johor, YAB Dato'Mohamed Khaled bin Haji Nordin accompanied by over 700 interested property buyers, YPJ officials, government representatives, media and members of the public in attendance. 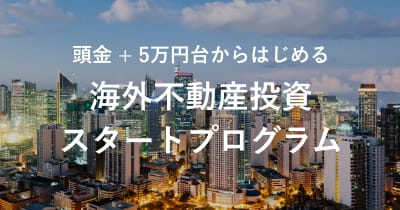